Home » How Much Is A Kids Dirt Bike?
6 Min Read 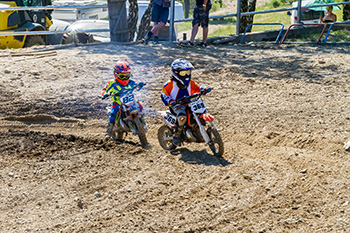 The day has come; your little one wants to experience all the fun and joy of being a dirt bike rider. And while you don’t want to stand between your child and his happiness, it’s natural to wonder how much is a kids dirt bike.

Finding the ideal dirt bike for your child can be tricky – especially when you have to find one at the right price. Factors such as quality, model, size, and features will determine how much you are going to pay for a kids dirt bike.

To give you a better idea of how much youth dirt bikes cost, I’ve checked out all the latest prices and split them into several age groups for easy reference.

How Much Does A Dirt Bike For Kids Cost?

Ultimately, you’ll want to look for dirt bikes fir kids that are size appropriate for your child and that’s why I’ve broken down the cost in several age categories. Let’s take a look, shall we? 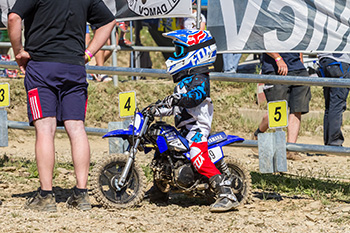 Dirt bikes for kids ages six years and under are small, beginner bikes that are designed to introduce small children to the world of motorcycle riding. For safety reasons, these bikes can’t develop speeds over 10 mph.

Generally, beginner electric dirt bikes for kids cost between $90 and $300. Some of the models in this price range, such as Yamaha 6-Volt Motorcycle, come with training wheels, which makes them ideal for really young and inexperienced riders.

Gas-powered kids dirt bikes, on the other hand, cost from $350 to $1,500. One of the more expensive models, the Yamaha PW50, costs $1,499 and is an entry-level gas-powered bike that is suitable for kids ages three to six.

How Much are Dirt Bikes For Kids Ages 7-8?

Dirt bikes for kids ages seven and eight pack more power and speed, but are easy to control and ride and will ignite your child’s riding passion.

If your child is seven- or eight-years-old, you can expect to spend from $250 to $500 for an electric kids dirt bike. If you are looking for an affordable but well-made and durable bike for your kid, check out Razor dirt bikes. They are reasonably priced and are a great alternative to gas-powered motors.

However, if you are looking for a gas-powered dirt bike for your child, be prepared to shell out some serious cash. Depending on the model and engine power, you can expect to spend from $380 to $1,100 on average. Keep in mind that certain features, the make, and model can increase the price of a kids dirt bike significantly. 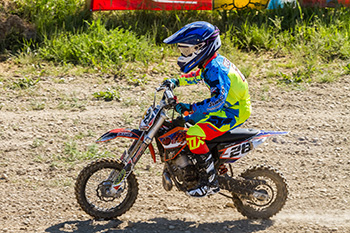 As your child gains more experience riding a dirt bike, you will have to consider more powerful models that will satisfy your kid’s higher demands (as well as their size).

When it comes to electric dirt bikes for kids, you can expect to spend on average between $250 and $600. The affordably priced MotoTec 24V Kids Electric comes with three speeds and will get your child cruising over bumps or on a dirt trail like a pro.

On the other hand, if you are looking for a gas-powered bike, expect to spend anywhere from $450 to $3,000. Ultimately, features such as fuel capacity, brake system, speed, and engine are the things that will determine whether or not you pay more or less for this type of dirt bike.

When it comes to choosing a dirt bike for kids ages 12 and older, you should look for high-quality, durable machines that will grow with your child. Depending on a model, your child will be able to ride the same bike until he is 16 or 18 years old.

Generally, you can expect to spend from $500 to $2,000 for an electric dirt bike for older kids. The Kuberg Young Rider Trial Hero is on the expensive side, but it’s well worth it when you consider its overall safety and lightweight frame.

Gas dirt bikes for kids ages 12 and older are the most expensive, thus be prepared to spend anywhere from $650 to $4,000 for a new model. Although the price tag can get your head spinning, your child will be able to ride the same bike for several years without outgrowing it.

Electric vs. Gas Kids Dirt Bikes: Which One Costs More? 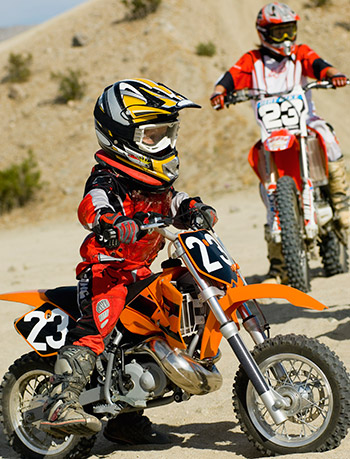 When it comes to buying a mini dirt bike, safety, price, and the overall cost of maintaining a bike are some of the biggest concerns for many parents. In the end, you don’t want to shell out for a dirt bike now and later worry about the cost of fuel.

When it comes to kids dirt bikes you have two options – you can choose an electric mini dirt bike or opt for a gas-powered machine.

In terms of cost, electric dirt bikes are always more affordable, and you won’t have to worry about the added cost of fuel since they can be recharged from an electric outlet. Furthermore, they are more environmentally friendly and require little maintenance compared to their gas-powered counterparts.

Gas-powered kids dirt bikes, on the other hand, come with a heftier price tag, need fuel to run, and require regular upkeep. Furthermore, if you want a gas-powered dirt bike for your child, keep in mind that you will have to choose between a two-stroke and a four-stroke bike.

As you can see, the price of kids dirt bikes varies from one model to the next and depends on the type (electric or gas), safety, features, size, and model. But now that you know how much is a kids dirt bike, you are one step closer to getting the best one for your child without breaking the bank.

To recap: Electric dirt bikes for kids are appropriate for younger kids and experienced riders alike and are generally cheaper and require less upkeep. Prices range from $90 to $2,000. On the other hand, gas-powered bikes can be really expensive ($350 to $4,000) and are more suitable for more experienced riders who are really into motorcycles.